Education is the fullest development of one’s personality 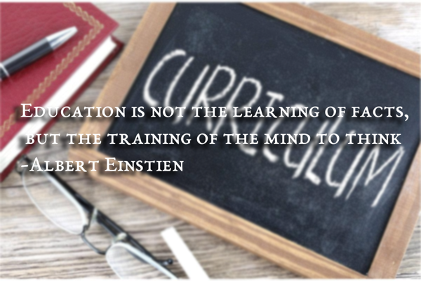 Full many a gem of purest ray serene

Full many a flower is born to blush unseen,

And waste its sweetness on the desert air.

My daughter loves to watch nature documentaries. Last week one of the documentaries we watched showed a cheetah mother teaching its cubs essential survival skills. When human beings emerged into the world to walk on two legs and let the relative safety of the trees behind they took on the necessity to train their young ones about the intricacies of life in a world where many of things around them seemed intent on discovering the color of their innards.

To be sure we have come a long way from those ancestors, cowering in terror inside their caves at real or imaginary dangers that surrounded them. But does this climbing of the ladders of civilization mean that the world is a utopia? Unfortunately not. The stores of knowledge, accumulated at the cost of incomprehensible suffering need constant replenishment and refreshing.

But what will that bring me, you ask? A renowned philosopher once said, “education is the fullest development of one’s personality”. Personality is everything that makes you or me unique in a world of teeming millions. As we grow in years it also behooves us to try and understand the world in relation to us and our beliefs.

Decades ago we believed that the earth is the center of the universe, that matter is made of five elemental components, that maggots and like scavengers were created spontaneously from decaying matter, that courage is something that everyone has in unlimited quantities. Today we know much different.

One of the most revealing discoveries to me personally stemmed from the studies done by the Royal Air Force of Great Britain during the First and Second World wars. One of the critical pieces in the war was the flying machines conceptualized and pioneered during the First World war and came into its own during the Second World war. The flying corps noticed with horror that after some sorties some of the crew refused to fly any longer. Court-martialing them, assigning them to menial duties, dishonorable discharge, nothing worked. There were stories of pilots who pre-cognized their deaths. All this was considered unacceptable by the top brass. Multiple teams of scientists and doctors opened many different paths of research to try and find an answer to this conundrum. The answers they found shook the established ideas about human capabilities to the very foundation. It was positively established that courage and fortitude, far from being an infinite reserve found in many people, was an exhaustible commodity in everyone. Soldiers, air crew, submarine crew, miners, any one engaged in extremely hazardous work would be expending their personal reserves of this commodity. The greater the risks they were put under, the faster their reserves ran out. With this discovery came the approach of “rest and recreation” for troops, rotating them out from front line, mandating that crew who have flown N number of missions cannot fly on active duty again. This idea was then extended to other kinds of experiences being undergone by human beings, when their minds or bodies were exposed to extreme stress.

All this because a group of people were dissatisfied with the label of ‘cowardice’ that was being so freely thrown around. They decided to educate themselves on the internal peregrinations of these hapless victims of chance. They managed to restore pride to those people and their families. Over the years this knowledge contributed immensely to the general well being of the human race itself.

Here we see one aspect of education – not being satisfied with the answers that “everyone” had and instead digging deep into causes, effects and different levels of intangibles to arrive at a provable conclusion. This should lead to think how we can explode some of the concepts that others may take for granted, but feels not quite right to us. This will lead us into greater involvement with the world around us and maybe, just maybe make things a little better for those less fortunate than us.

Light The Candle International Inc is a federal government approved 501(c)3 organization. Your contributions are tax deductible in the United States under applicable federal/state government laws.